June 01, 2020
During my formative years following County I used to sit in what was then named the Main Stand, I only have vague recollections of 1989/90, my first season following the mighty County. A 6-0 win over Hartlepool United where Brett Angell scored four goals and a 30-yard belter scored by Malcolm Brown against Rochdale on Boxing Day. However, there is one memory which stands out for two reasons. One, because it shows the more things change, the more they stay the same, and two because I often wonder what the two protagonists would now make of the man they were criticising back then. The memory in question was two older fans bawling at our new signing;

“Cannon, you’re bloody useless” came the cry from one

“What’s his name? Gammon?!” said the second to no one particular

“Crap, that’s what he is” said the first.

And on it went. They were, of course, referring to Jim Gannon, who was making the first of his 480 County appearances. As I said, the more things change, the more they stay the same. We’ve all heard of the incidents between Jim and the more vocal fans sat behind him in the Danny Bergara Stand, if those two fans from 1990 are still with us I don’t doubt they’re part of the hecklers; like Statler and Waldorf from The Muppets.

Our friends from the Main Stand were no doubt celebrating every one of his on to 65 goals for County (not bad for a midfielder, then later, a centre half). Talking about Jim Gannon the goalscorer, he had an unnatural predatory instinct in the penalty area (unnatural for anyone but a striker anyway), he also possessed immense bravery and a lethal finish. It’s no stretch to say a lot of his goals would make a striker proud. When TSBW podcast featuring Jim finally comes to fruition he should be asked whether he considered a career further forward? Take a look at his goals and I dare you to disagree with me.

Gannon has always been a passionate and outspoken manager, but going back to his playing days, especially early on, he was anything but. Quiet and dependable, he did his job with minimum fuss. He wasn’t a big vocal presence on the pitch, that was the captain’s job, but he was always on hand to guide and advise his teammates when necessary.

I was present to see Jim’s prime years at County and refreshing my memory while looking back at YouTube footage of his goals for County, he didn’t over-celebrate, only once did he jump on the away end fence at Reading’s old Elm Park and there was one occasion where the shirt came over the head, Ravanelli-style. No kissing the badge (not often anyway) and no cartwheels, just firm handshakes all round. That was Jim Gannon the player; no-frills, professional and reliable, like a sturdy 1980s Volvo. I jest, but he has since matured into a knowledgeable and experienced manager, not afraid to tread on a few toes if it means achieving his aims. 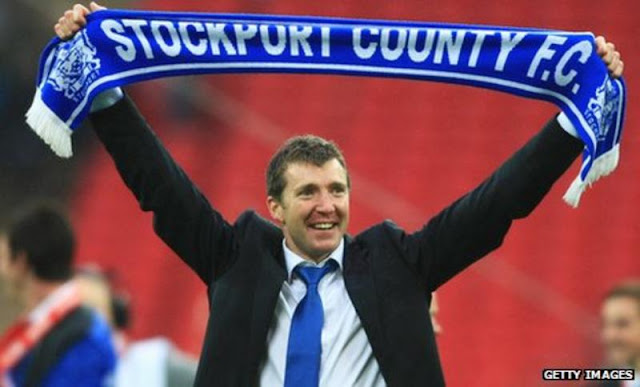 The abuse and criticism never really went away, despite being County’s top league goalscorer in 1991/92, spending over ten years as a player at the club, helping to win promotions, trips to Wembley and as a manager, guiding us from the foot of League Two to a promotion, then coming back twice more to eventually help win the National League North title.

It’s one of life’s many conundrums; why is he so criticised by many? I remember in his early days it took him a while to settle, but that’s no reason to dislike him, even during his ‘Ghost’ years in the mid-90s he was still heavily castigated. But for 95% of his career, he played for County and gave everything for the team, as a player and more recently as a manager Jim has poured his heart into ensuring the club is well-respected and successful. He wasn’t the most talented player of the County sides he represented, but what he did he did very, very well.

It’s odd, I never heard this level of dissent dished out to Kevin Francis or Mike Flynn, true he didn't have Francis' goals or Flynn's fist-pumping determination, but Gannon, who, as rightly pointed out on TSBW podcast, has been involved with absolutely everything positive to happen at the club in the last three decades, should be considered as County’s greatest ever servant. However, it seems he’ll always be fair game for a small percentage of County fans.

Of course, just because he is County royalty it doesn’t make him immune to criticism. One can certainly question the incident with Mark Stein in 1993 and exactly what made him allegedly racially abuse the Stoke City player. As a London-born Irishman, I don’t doubt that Gannon has met with his fair share of racism during his life, even under provocation it is difficult to justify such actions. We can all question his managerial choices over tactics and players, his persistence in playing Nyal Bell, for instance. His former employers at Port Vale and Motherwell certainly seem to have extracted some mileage out of the negative aspects of his tenures there.

But the prevailing opinion is that Jim is something of a perfectionist with very high ambitions, he doesn’t suffer fools gladly and will tell them so; a side of his personality which he has developed since his understated character of his playing days. I would rather have a manager who is ferociously committed to the success of the club, rather than a limp mouthpiece of the board of directors. 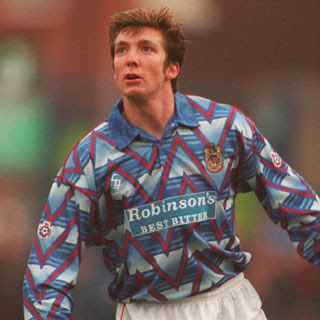 Personally, I have met the great man a couple of times, one on the off-chance in Edgeley’s Alexandra Park sometime in the mid-1990s, if memory serves me right he was there with his family, buying ice creams. The second, along with Lee Todd, he attended a branch meeting of the Hyde and District Hatters at the White Lion in Hyde in 1996, the day was special for me as the autograph I got from him read “To David, Happy 17th Birthday, James Gannon”. On both occasions, he was polite, relaxed and actually wanted to take the time to chat to a star-struck teenager. This is one of Gannon’s many qualities; his genuine affection for the fans and the way he appeared at ease with the situation, no aloof pomposity, just a real down to earth nature. Much like the few times he appeared back at EP as a fan after he left the club, he didn’t want any special treatment because he is one of us and was happy to sit in the Cheadle End and queue for a pie at half time. The only difference between you and I is that we haven’t been hero-worshipped upon being spotted in the crowd and we also haven’t been asked whether we are coming back to play for the club (in reply to that question Jim joked, “Sod that, I get to play in the Champions League at Shelbourne!”).

Despite the stick he received and still receives from a minority of County fans, the row over the testimonial, the sacking by the administrators and the devious and vulgar treatment at the hands of various County board members, it is a wonder he continues to come back for more, but as I discussed in my last piece, he’s a County fan deep down (we regularly see him singing along with the fans) and leaving County for good isn’t something any of us can readily do. Besides, he has unfinished business to attend to. Remember, his Play Off winning squad was cruelly dismantled as we made the slide into administration in 2009. Jim more than anyone deserves the chance to try and realise Mark Stott’s ambition of seeing Championship football at EP before the 2026/27 season.

Jim Gannon will continue to divide opinion until the day comes when he leaves the County manager’s office for good. When that day arrives I hope the detractors will agree that “Stockport loves you more than you will know”. 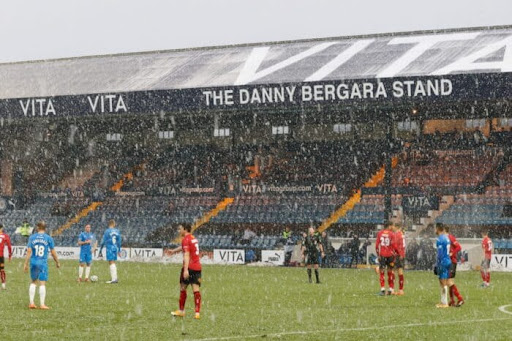 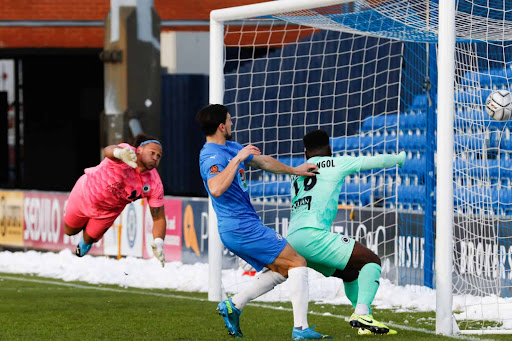 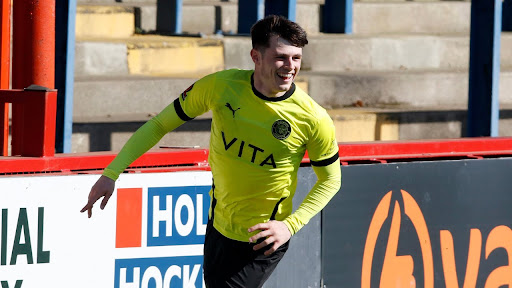