Showing posts from July, 2020
Show all

Sport encourages rivalry and rivalries are good, they stoke passion, pride, tension, drama and keep one another on their toes because heaven forbid they should be better than us. Bristol City have Bristol Rovers, Birmingham CIty have Aston Villa, the Sheffield clubs aren’t atop of each other's Christmas card list and Celtic and Rangers don’t exactly get on. Rivals don’t even have to reside in the same city; look at Swansea City and Cardiff City, Crystal Palace and Brighton and Hove Albion and Chester City and Wrexham.  County, well, we don’t have anyone we can roundly dislike 365 days a year, at least not from Stockport anyway. No derby game, we’re just one team surrounded by no one else, and therein lies the problem. Consequently, County have found themselves in a chameleon-like state of forming rivalries with those who a) aren’t too far away, geographically and b) we play several times within a short space of time (also known as game-saturation ), however, as we have found out i
1 comment
Read more 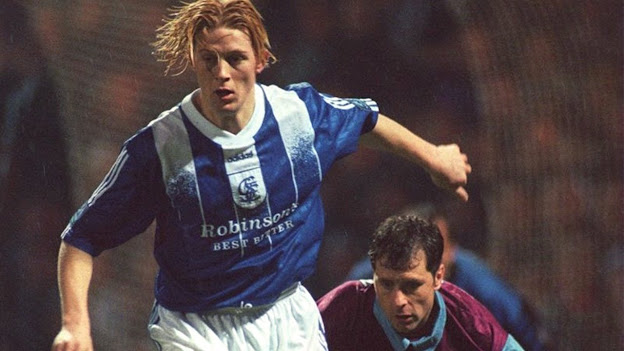 There was a time nearly 25 years ago when County were the darlings of the national media, we had games nationally televised on terrestrial television, our captain was interviewed on breakfast television, we won promotion and made a semi final of a major cup competition for the first time ever. On our journey to the last four County knocked out three Premier League sides, two of those after a replay, beat another one away from home, knocked out a Championship side and scored 20 goals along the way. Certainly, a semi final appearance was unexpected to say the least but the way the season itself played out; 67 games, promotion and prolonged cup success in multiple competitions, was definitely unexpected. The stuff of one’s wildest fantasies (well, maybe not wildest). Fortunately, for those of you too young to remember or you just fancy reminiscing with a beer or two, fellow TSBW contributor, Dave Espley, chronicled our wonderful season in his book Saturday Night and Thursday Morning .
Post a Comment
Read more
More posts