Showing posts from June, 2021
Show all 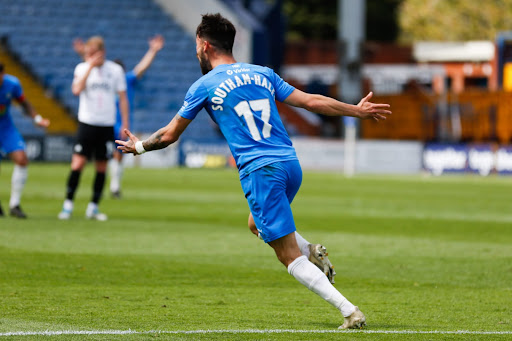 This is it folks, the end was in sight, just six games remained at the beginning of May so sit back with a brew and relive the last month and a bit of the season.  We're diving straight into the action as the month started with a difficult game over the Pennines at The Shay (and doesn’t it seem like ages ago now?!). Will Collar started in place of Elliot Newby in the County starting lineup, although with the club joining the countrywide social media boycott and Halifax's stream being filmed from four miles away it really could have been anyone playing in a County shirt! Other than that change, Simon Rusk, once again trusted the personnel who had put County in a solid position to finish in the semi final play off places. This game would have seen a big County following making the short journey and given the circumstances, it will no doubt have been a huge disappointment to fans and players alike. The game itself would not only be another huge test of County’s recent hot streak,
Post a Comment
Read more
More posts